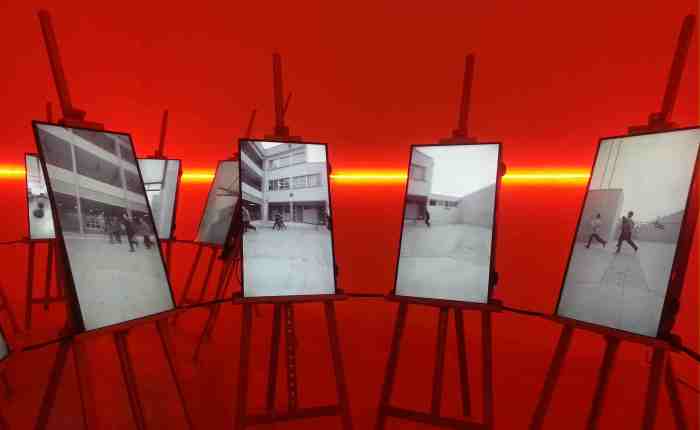 This year’s architecture biennale in Venice was an accident; it wasn’t my intention to attend. I had planned on spending a few days simply seeing the sights and hunting for graffiti in one of the world’s most classic (and touristic) cities. Then I stumbled into  one the European Cultural Centre’s exhibition spaces in Palazzo Mora, where “Time-Space-Existence” took over.

The 2016 Venice biennale includes exhibits by sixty nations and hundreds of individual participants, which seek to address the complexity of artistic, social, political, environmental, and economical factors that architecture must respond to in the modern world.

Most of the exhibits are housed in two main sites called Arsenale and Giardini, but many other smaller venues scattered throughout the city create the impression of moving between worlds: step outside and cross the tourist-trails of Venice, step inside and explore realms of failed dreams and future potentials. 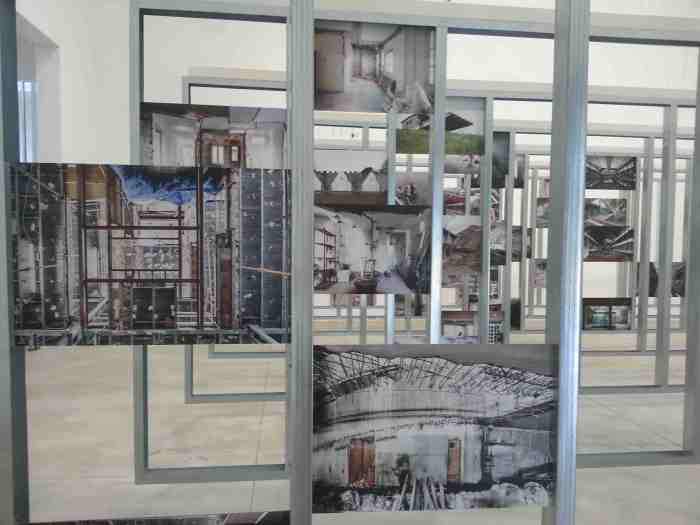 I had never before contemplated the true dimensions of architecture, and was deeply moved by a number of the exhibits and by the overall message, which is neatly captured by event curator Alejandro Aravena as follows:

“We believe that the advancement of architecture is not a goal in itself but a way to improve people’s quality of life. Given life ranges from very basic physical needs to the most intangible dimensions of the human condition, consequently, improving the quality of the built environment is an endeavor that has to tackle many fronts: from guaranteeing very concrete, down-to-earth living standards to interpreting and fulfilling human desires, from respecting the single individual to taking care of the common good, from efficiently hosting daily activities to expanding the frontiers of civilization.”

In the end,  it was a fortuitous accident indeed.

The 2016 Architecture biennale runs until November 27th, and more information can be found on the official website. 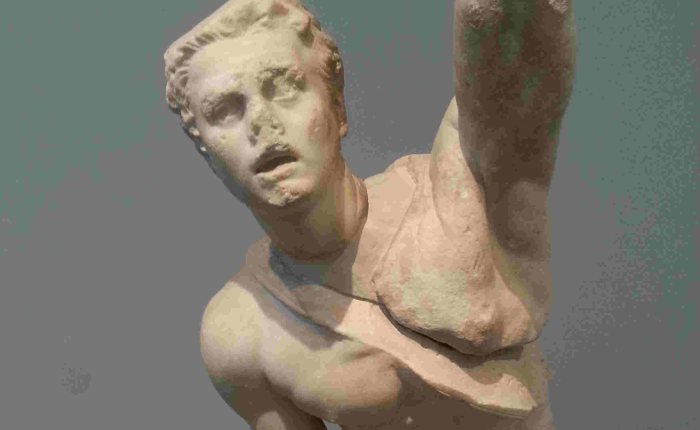 I recently visited Athens, Greece, and was fortunate to visit both the National Archaeological Museum and the Epigraphic Museum. Seeing inscriptions on stone from the 8th century BC, as well as hundreds of statues of people long forgotten, left me thinking about the quest for eternity in an impermanent world.

“Immortality is a ridiculous illusion, an empty word, a butterfly net chasing the wind.” 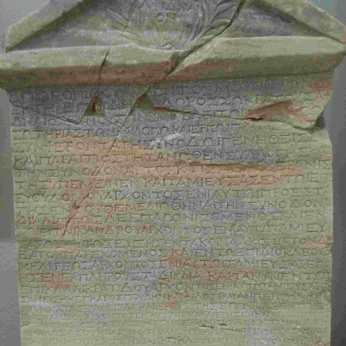 “Immortality is but ubiquity in time.”

“If you want immortality, then deny form. Whatever has form has mortality. Beyond form in the formless, the immortal.”

I’ve spent far more time in my life rewriting than writing, and I believe the same can be said for most authors. A writer’s craft involves shaping ideas, characters, and narrative arcs through meticulous (and sometimes tedious) revisions – a process I liken to carving a statue from stone one layer at a time. The first few passes are always rough, just vague shapes and outlines, and then over time finer and finer details emerge through careful chiseling and polishing.

Readers rarely see the writing process, only the finished result. And believe me – it’s usually better that way. My first drafts are buried in files I hope never to open again, except perhaps as comic relief.

That being said, I find the two versions of Arthur C. Clarke’s novel about the city of Diaspar to be fascinating glimpses of a mind at work – and a science fiction grand master in evolution.

Clarke published his first novel, Against the Fall of Night, in 1948. Years later he returned to the story and, in 1956, he published a new version entitled The City and The Stars. 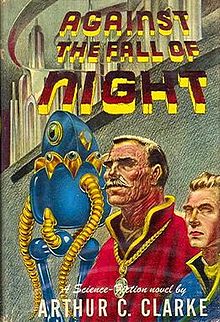 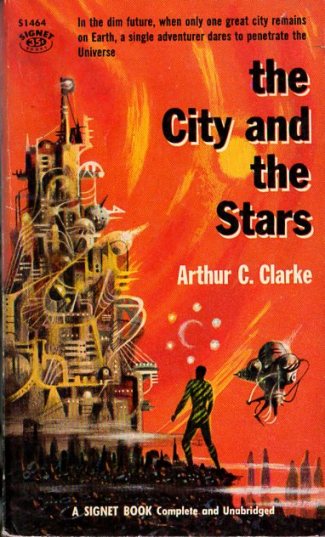 Clarke anticipated that The City and The Stars would replace Against the Fall of Night, but in fact both versions remained popular – almost in equal proportions. This is good news for Clarke fans today, as both versions are still widely available.

What are the differences between the two versions? I have to admit I am not an unbiased reviewer, as The City and The Stars is a book that captured my mind early on, but to me the difference is one of skill. Of revision.

Both books tell the story of Alvin, child of Diaspor and yet unique among it’s immortal inhabitants. In Against  the Fall of Night, Alvin is the first child born in 7,000 years, and in The City and the Stars he is living his first life while everyone else endlessly recycles through the city’s Memory Banks. Alvin, unlike the other residents of Diaspor, is not afraid of life outside the immortal city and is driven to understand what lies beyond his known world. Thus begins his quest.

The City and the Stars captivates me with it’s nuance and elegance in exploring the intricacies of immortal, sedentary life. In Against the Fall of Night little of the city’s structure is explained or explored.  In addition, in the earlier version Alvin has little protagonism in leaving the city – he expresses his desire and then follows the direction of Rorden, Keeper of the Records. The City and the Stars creates more conflict, and more struggle, as Alvin must earn the secrets of Diaspor instead of having everything handed to him.

Both novels are fantastic, don’t get me wrong. But in the early version of Arthur C. Clarke’s great work I see common pitfalls for first time writers, namely 1.) lack of detail in world building and 2.) lack of struggle on the part of the protagonist.

The ability to compare the two versions provides a valuable learning tool for writers, and not just writers of science fiction. To read Arthur C. Clarke is to experience a master at work, and  his work transcends genre to address human nature at its most fundamental levels. And yet rarely are we able to compare the evolution of an author’s voice and vision so clearly as with Against the Fall of Night and The City and the Stars.

We all need first drafts. And we need second drafts, third drafts… twentieth drafts. Don’t give up. In the end, excellence is all a matter of revision.

This month the French government is forcibly demolishing the Calais refugee camp known as “the Jungle” – where over 3,500 migrants live in a former landfill site while trying to gain entry into Britain by stowing away on trucks and trains. 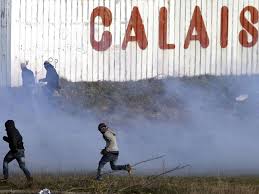 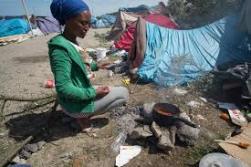 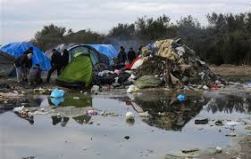 While tearing down a part of the camp on Feb. 29, 2016, police fired teargas at up to 150 residents, as captured in this video by volunteer Rowan Farrel. Protesters threw rocks, and several homes were burned. French media reported 40 vans of riot police positioned near the site. The Guardian has a slideshow of pictures available here.

I realize I am a complete book nerd who relates just about everything in life to something I’ve read, but today’s situation in Calais immediately brings to mind The Children of Men (1992) by P.D. James.

In the novel (as well as the 2006 Alfonso Cuarón  movie Children of Men) Britain is one of  the last functioning governments, and is overrun with illegal immigrants and asylum seekers who are trying to escape the chaos in the rest of the world as humanity has lost the ability to reproduce.

Addressing the value of human life, the abuse of immigrants for cheap labor, and discrimination, the book’s message about societal complicity is dark, twisted, and painfully relevant when addressing the refugees in Europe today. One of the points P.D. James makes is that willful ignorance is not an excuse for inaction – by choosing to ignore what is happening around us we enable the atrocities being committed.

“The system has the merit of simplicity and gives the illusion of democracy to people who no longer have the energy to care how or by whom they are governed as long as they get what the Warden has promised: freedom from fear, freedom from want, freedom from boredom.” (The Children of Men, Ch. 11)

In a globalized world, we are drawn every day closer to the consequences of our actions and attitudes. We cannot turn a blind eye. We cannot let ourselves be governed by fear. Our shared future demands better of us.

Thank you to all the volunteers working in Calais, and all those helping with other refugee and crisis situations around the world, in ways both big and small. Your dedication is an inspiration.

Aldous Huxley published Brave New World in 1932. The book is set in London of AD 2540 and is a seminal work of dystopian fiction, recognized on many “Top 100” lists.

Here Huxley reads a dramatized version of Brave New World, which originally aired on the CBS Radio Workshop in 1956. Check out Part 1 and Part 2. 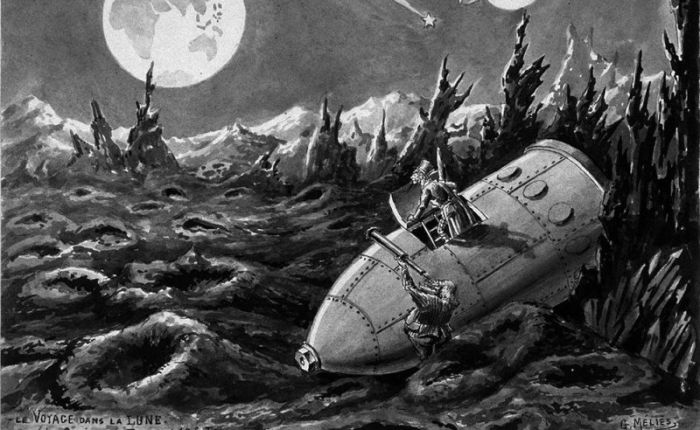 What was the first science fiction novel? The answer is debatable, of course. But with Brian Aldiss to back me up I’m going to skip past the Sanskrit poets and medieval literature (for now) and jump straight to Mary Shelley’s Frankenstein (1818).

Mary Shelley rocked the world with her mad scientist, Victor Frankenstein, and the sentient monster he created in the laboratory. In the true spirit of SciFi, we are presented with an alien other as the antagonist of the novel – an alien created by human beings, using advanced technology. An alien who is meant to make us reflect on what it means to be human in the first place.

Fantastic. But… who came next?

Where did the women go? It wasn’t until the 1960s and 1970s that Le Guin, Alice B. Sheldon, and Octavia Butler rose to prominence. (On a side note, if you have not read Bloodchild by Octavia Butler, you need to do so now. Absolute cannon.)

Collections such as The Feminine Future help contemporary society retain a more diverse historical and literary narrative by rediscovering long-forgotten and marginalized voices. Of course that also raises questions about the relationship between gender and publishing (historical and contemporary), and diversity vs. quality. These are complicated subjects, not to be taken lightly, and more than I’m seeking to get into here.

Regardless, The Feminine Future brought to my attention 14 stories published between 1873 and 1930 by women authors. I enjoyed not only the stories, but reflecting upon the authors and the time periods in which they lived, the social fears and inequities they sought to address through their fiction.

In the way that my favorite British TV show, Black Mirror, satirizes modern society and explores the dark side of technology and human nature in the near future, these authors examined robots, women-only societies, and impossible inventions of their own times.

History is never objective; both narrative and memory are socially constructed.  I find it strange to think of how many authors I will never read: authors whose work is no longer relevant, whose work will never be translated to a language I speak, whose work I will simply never come across or have the time for. It’s too easy to read narrowly.